Images open in a new window or right-click to save to your computer. 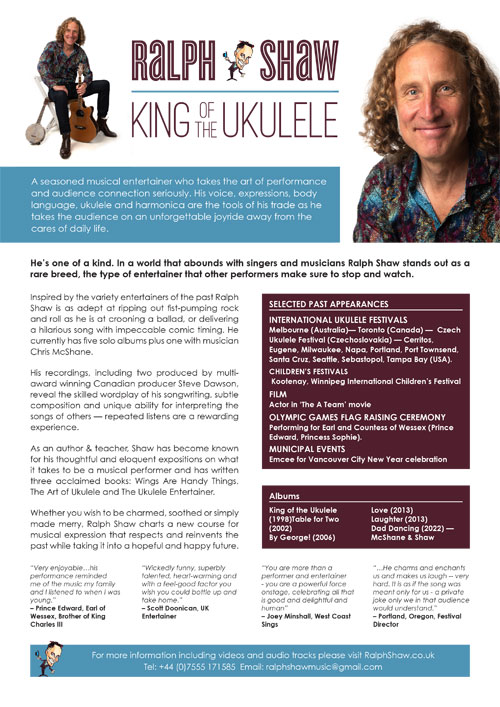 Click here or the image above to view the one-sheet biography and info.

He’s one of a kind. In a world that abounds with show-people Ralph Shaw stands out as the type of artist that other performers make sure to stop and watch.

Inspired by the variety entertainers of the past Ralph Shaw can rip out fist-pumping rock and roll as effectively as crooning a ballad, or delivering a comedy song with hilarious comic timing.

Fans of his original music appreciate the skilled wordplay that rewards close and repeated listening.

As an author Shaw has become known for his thoughtful and eloquent expositions on what it takes to be a musical performer and has written three acclaimed books.

Whether you wish to be soothed or delighted, Ralph Shaw charts a new course for musical expression that reinvents the past and takes it into a less jaded & more joyful future.

Images open in a new window or right-click to save to your computer.